I’ve been thinking about putting into words what it feels like to be a size 12 in the body positive movement for months. I’ve started writing this post so many times I wasn’t sure if I’d actually ever write it. Usually, I sit down and the words just spill out of my fingers into the keyboard but for this post…it’s harder.

I started blogging to represent something I felt was missing in media – the middle girl. The girl who grew up in a small town but has dreams of seeing the world (but maybe not sure how to get there because there’s just so much damn corn and cows between her and an international airport.)

The girl who likes cheese and packs weight on her hips and couldn’t fit into those trendy $100 Abercrombie jeans as a teen, much less afford them. The girl whose body type was never spotted in magazines and was represented as the “fat friend” in movies and was late to the game to figure out how to dress cool or wear the appropriate amount of eyeliner and starting feeling like maybe there was something wrong with her body?

Who aren’t overweight by the media’s standards.

But who aren’t skinny by the media’s standards either.

When I shop online and I see a size 2 model and a plus-size model show off a dress, is it ok that I feel frustrated that I still don’t actually know what that dress will look like on my body type? Or should I just shut up because at the end of the day, my size is still carried in most stores and I’ve never had to personally feel what it feels like to not be able to walk into any mall and find something cute in my size? 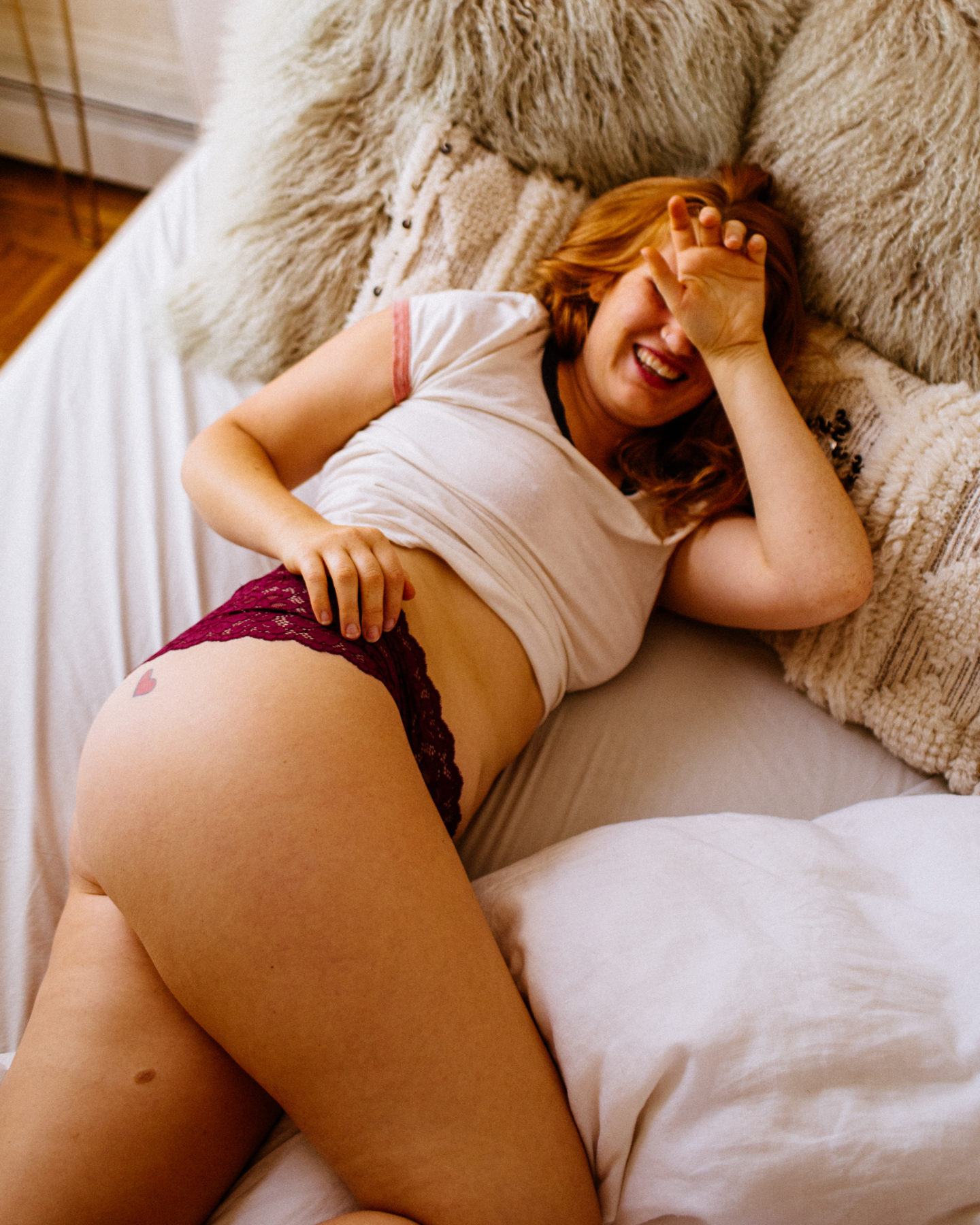 The body-positive movement this decade has been revolutionary in the way women are portrayed in media. I’m so incredibly happy that everyone from Netflix casting teams to fast fashion stores have been changing their business models to be more size-inclusive (and more diverse!) Suddenly, not just skinny is being praised, but plus-size is, too! All over mainstream and social media.

As someone in the middle, I’ve been told I’m not fat enough to talk about body image. I’ve been told my life looks great, I shouldn’t complain. That I’m really pretty and I should just shut up. That my thighs aren’t even that big. On the flip side, I’m also regularly told I’m too fat, that I shouldn’t show my body on Instagram because my rolls are disgusting. That I’m a cow.

When you are in the middle, you are left really fucking confused about how you should feel. Should you love your body type or hate it?

I was once approached by a MAJOR fashion brand to walk in their body-positive fashion show. And then, at the last minute, they asked me not to walk because I “wasn’t big enough.“

That honestly fucked with my head for weeks and still does sometimes. As a body positive blogger, my end goal is for every woman to feel confident in her skin and with herself but I want women to feel like they can do anything. She can travel alone if she wants. She can move to a new city if she wants. She can wear a granny dress if it makes her happy and she can start her own business if that’s what she wants and goddammit, she can still struggle with skin issues at age 27 but that’s ok because I know 4 awesome face masks that will help that shit.

I blog because I have a (mostly) healthy relationship with my body now as an adult but honestly would have benefited so much as a teenager from hearing and seeing and learning from a relatable role model the same age as me. When I was 18 and traveled around Ireland for 2 weeks and literally survived off of Guinness because I was a stupid teenager and dropped 15+ pounds – I felt so fucking amazing. Like I was finally beautiful. And when it came back, I felt not amazing.

But if I’m not “big enough” should I just shut up and stop talking? Am I making it worse for women larger than me? Am I part of the problem? 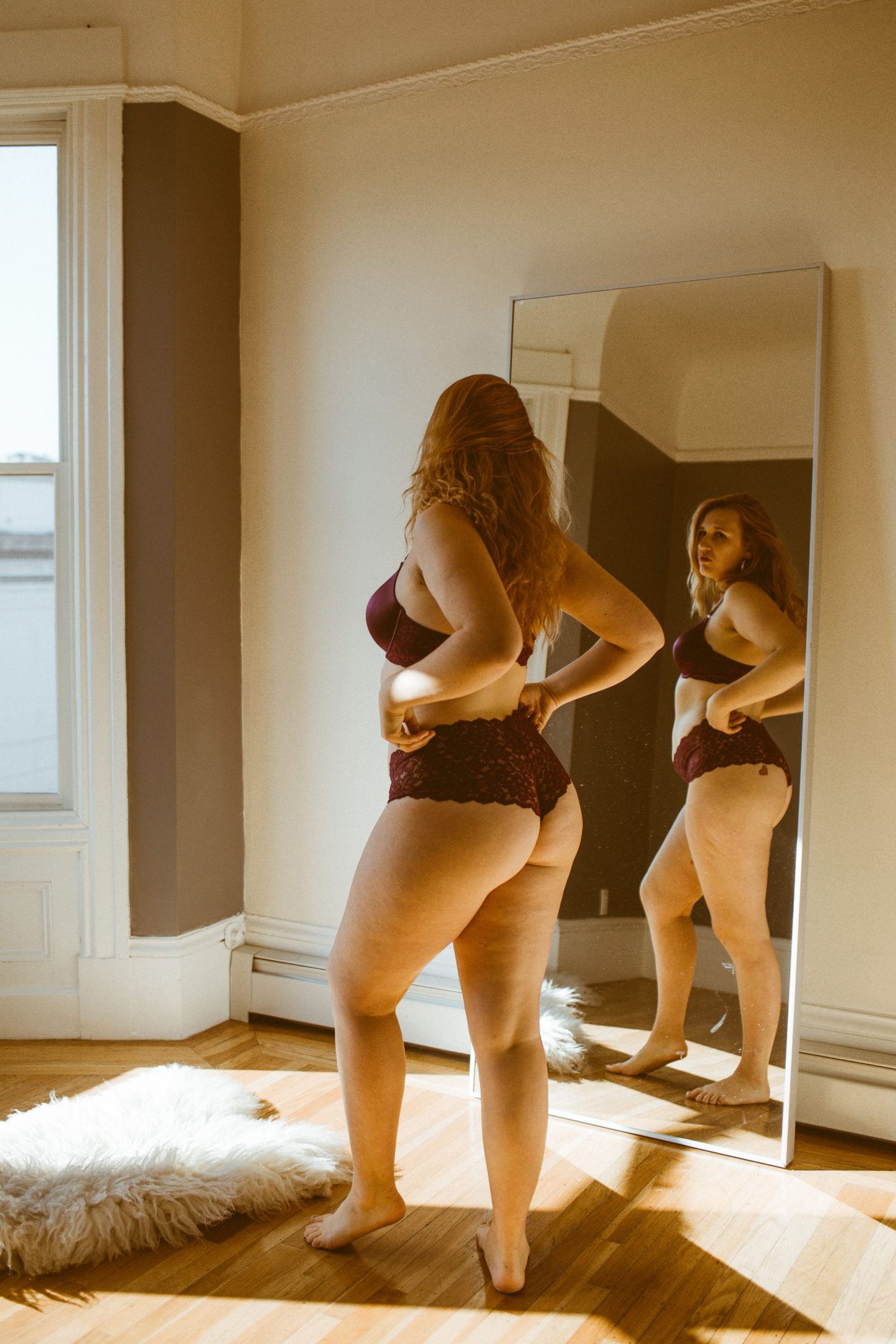 When I’m told I’m not fat enough to be even talking about body image or fat acceptance…it makes me feel guilty. Because they are right in many aspects. Tomorrow, I can wake up and take a hike up Muir Woods if I wanted to. (Like, I’d be really out of breath but I could do it at a normal-sh pace.)

I could get on a crowded bus and not have to worry about taking up too much space. But knowing I can do that still doesn’t make me feel like I shouldn’t work on losing that 10 pounds I’ve gained this past year. Or make me hate my eczema-riddled skin any less. It doesn’t stop the trolls from sliding into my DMs with hateful messages. It also doesn’t stop the doctors form weighing me and declaring that my BMI is obese or dangerously near obese and then instantly brushing off any health conditions because they think if I just run more everything will be solved.

So, that’s what it feels like to be a size 12 in the body positive movement. Confused about if you are fat or if you are skinny. Happy you aren’t overweight, but a little sad you still don’t look like what media thinks is beautiful and that gets in your head.

Guilty because you recognize you aren’t as heavy as plus-size models but you still have insecurities because you are human, too. Angry that people don’t understand that you can be confident AND insecure at the same time.