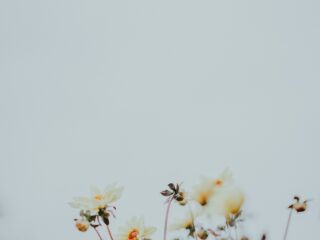 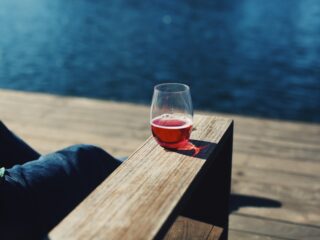 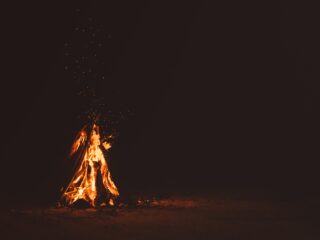 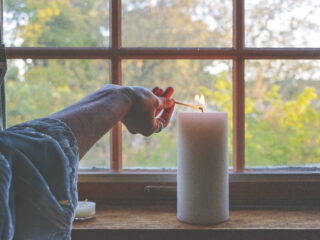 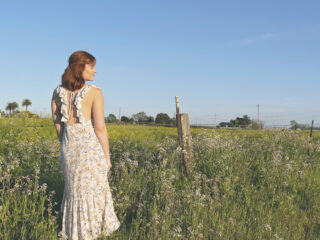 The summer solstice is the longest day of the year, the day with the most daylight hours. This is when the sun is at its peak, or zenith, the most powerful day of the year for solar energy, and the perfect time to partake in Summer Solstice rituals.

The solstice is known by many names, including Midsummer or Midsommar, the June solstice, St. John’s Eve, and Litha, which is simply the Anglo-Saxon word for June. 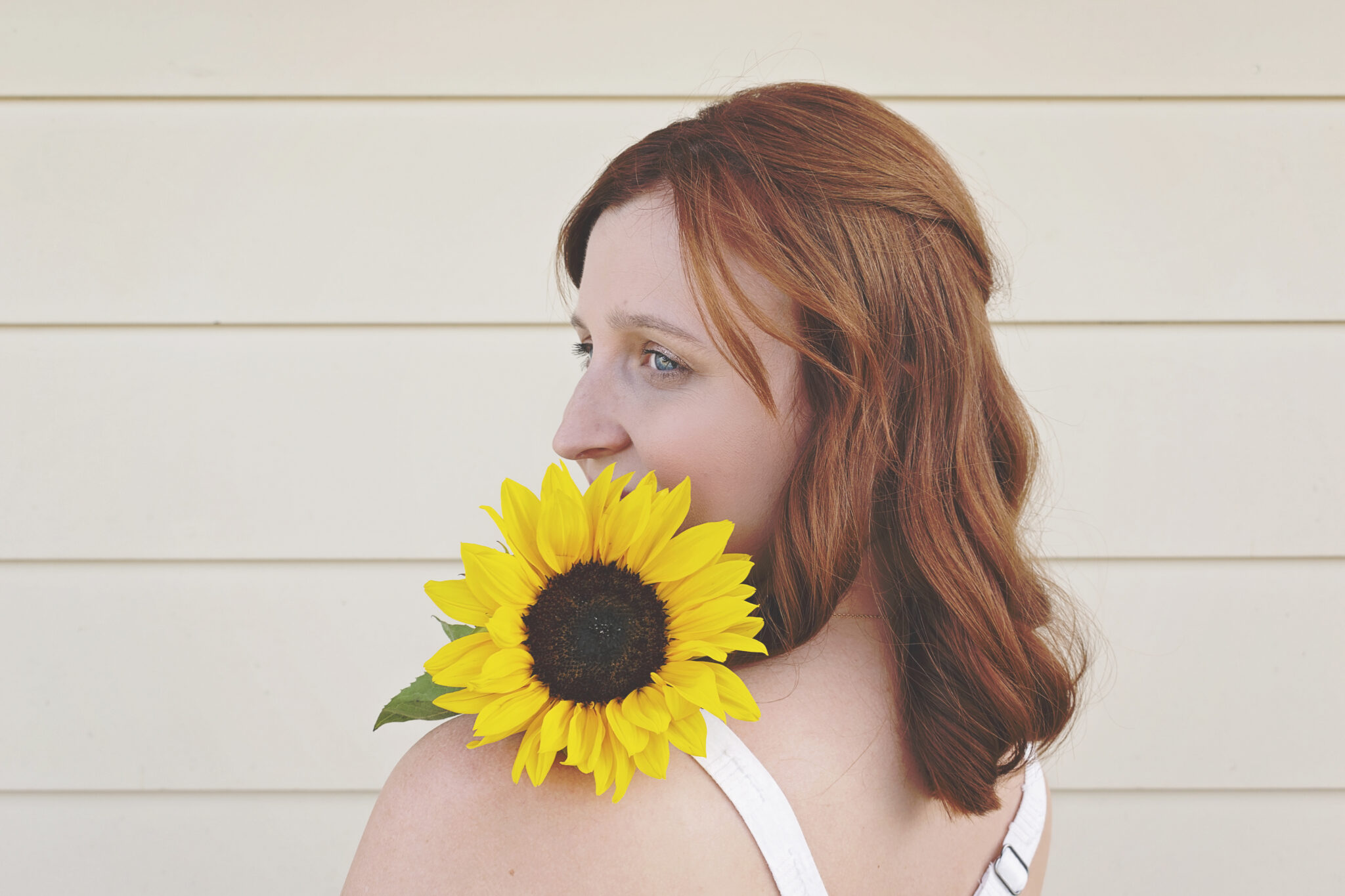 It is often heralded as the first official day of summer, although after this point, the days will actually begin to grow shorter again. Despite that fact, celebrations of the solstice tend to center on the power of the sun, fire, warmth, joy, and abundance.

The spring equinox and autumn equinox are in March and September, when the sun is in Aries and Libra, respectively, and are the two days of the year when daylight and nighttime hours are equal. These are the four pagan solar sabbats in the Wheel of the Year. 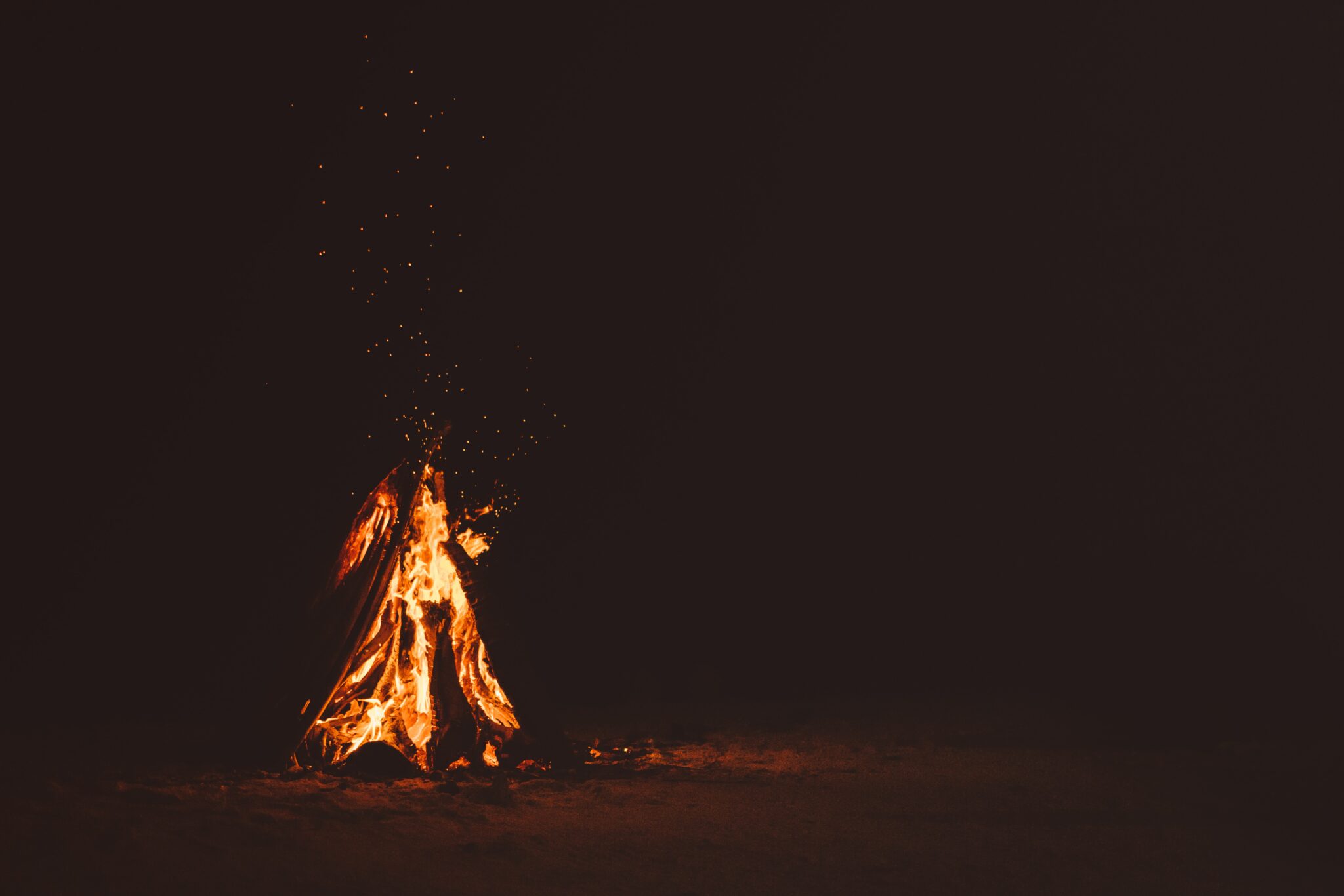 Summer Solstice Celebrations Around the World

Celtic and Scandinavian midsummer celebrations are most widely known in Western culture but people all over the world celebrate this momentous solar occasion. In Egypt, the summer solstice marks the new year, when the Nile River traditionally floods its banks.

The ancient Mayans built their sacred sites, now found in modern-day Mexico, to align with the sun on the solstices and equinoxes, as did the ancient Druids with Stonehenge in England.

A Christianized version of the solstice is St. John’s Eve is celebrated the week of the solstice to honor Saint John the Baptist, though it originally had pagan roots. Bonfires and walking on hot coals are some of the classic traditions of St. John’s Eve in Spain, while in Sweden, girls would pick seven different flowers and place them under their pillows on this night to dream of their future husband – lots of magic and mysticism in the air with that one!

Of course, there is also the Shakespearean version of the solstice which appears in A Midsummer Night’s Dream, a tale of magic, mischief, and fairy folk. Although this is a fictional depiction, the story does still stir our imaginations of what might be possible on the shortest night of the year and many people associate the solstice with fairies and the Fae.

During the day before, day of, and day after the solstice, the sun appears to stand still, setting in the exact same spot on the horizon each day. This is especially noticeable in the far northern reaches of the world, where the midnight sun never seems to set, which contributes to the romantic and enduring images of a Swedish midsummer.

But even in locations farther south where the longer daylight hours are somewhat less dramatic, there is still a special quality to the light and energy of the sunrise and sunset on the summer solstice!

The solstice is often celebrated with bonfires to carry the warmth and light of the sun even into the shortest night of the year. There are many traditions that surround the solstice bonfire, including jumping over the flames to bring good luck or shed old habits – to shine a light on your shadows, so to speak.

One of the most enduring images of the summer solstice is of girls in flower crowns dancing around a pole of greenery. This is a common celebration in Scandinavian regions, though in the modern pagan Wheel of the Year, it’s actually more closely associated with Beltane in May.

In this context, the summer solstice actually commemorates the fall or defeat of the Oak King, as from this point forward until the winter solstice, the Holly King will slowly regain power as the nights grow longer. The Oak King is also sometimes called the Green Man and is depicted as a man’s face made of green oak leaves.

For modern witches, the summer solstice is a joyful time of celebration and abundance. This is a sacred pause in the busy-ness of summer when we get to shed our burdens, relax, and share joy and love with those around us.

This dual focus on our inner and outer lights makes the summer solstice the perfect time for some light-hearted fun and restful self-care. There’s always room for a raucous solstice party that lasts all night, but personally, I’m partial to a quiet, chill evening, a glass of mead or rosé while watching the sunset, and some restorative summer solstice rituals.

Mead is a delicious, sparkling honey wine that is probably one of the oldest forms of alcohol in human history. Mead is delicious by itself or lends a very sweet, herbaceous note to cocktails depending on what type of honey it is made with.

For a long time, it was uncommon outside of the Ren Faire circuit but is becoming more and more popular. There may even be a “meadery” near you! If you’re in Northern California, check out Heidrun Meadery in Point Reyes Station for a special treat.

Shake gin with bitters over ice. Pour into a coupe or flute glass and top with sparkling mead. Garnish with orange peel and rosemary. If you prefer wine over cocktails, then rosé is the perfect summer solstice drink: light, refreshing, and festive!

A Few of My Favorite Rosés

Fun fact: I was born and raised in California Wine Country and actually worked for the Calistoga Chamber of Commerce for many years. Now I live in Sebastopol, CA which also has an abundance of amazing wineries nearby. I don’t consider myself a wine connoisseur, per se, but I do know a good wine when I taste it! Call it education by osmosis.

Rosé is one of my favorites on a hot summer day – no surprise there. However, a really good one can be hard to come by. My preference is a Rosé of Grenache, but they are few and far between in California so, barring that, I generally look for one with a light peachy color.

Here are a few of my favorites from my local area and far beyond:

Another great way to practice self-care around the solstice is to nourish your physical body. Milk baths and dips in the ocean are favorite activities during Cancer season, but you don’t have to go all out to find a little grounded, relaxing nourishment this time of year.

This easy hand mask is made with ingredients you probably already have on hand. It will nourish your skin, (am I the only one that gets dry skin in the summer??), and help you get grounded in pleasure, comfort, and relaxation.

Honey and honeybees are one of my favorite symbols of the solstice. There is just something so simple and yet luxurious about a delicious, golden spoonful of honey. 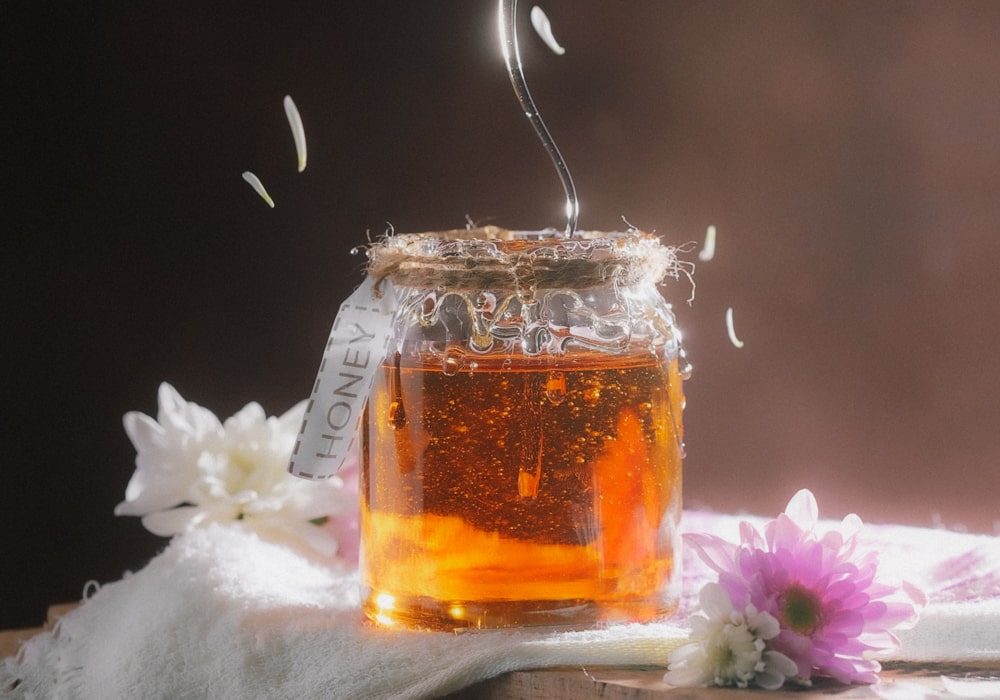 Stir all ingredients together in a small bowl. Wash your hands, then scoop the mixture into your palms and rub gently into your hands and fingers. Leave on for 10 minutes, then gently wash clean. The mixture will keep in a sealed container in the refrigerator for a few days.

For me, a summer solstice ritual is all about relaxation and sharing in good times with the people closest to me. Many witches prefer to watch the sunrise on the solstice but not being an early riser myself, the sunset has always been my most sacred time for this celebration.

If you’re able to watch the sunset from your house, set yourself up with a nice chair or blanket in the front or back yard, on your balcony, or in front of the window about 30 minutes to an hour before the sun is due to set. You can find out the exact time of sunset by Googling “sunset [today’s date] [your city]”. (So, for example, I would Google “sunset june 21 Sebastopol ca”.)

You could incorporate the hand mask above into this ritual as well, before or after watching the sunset. You might also set up an ottoman to rest your feet or a small foot tub for soaking.If you’re not able to watch the sunset from your house, try to find a location nearby where you can safely watch it such as a park, hill, or rooftop. 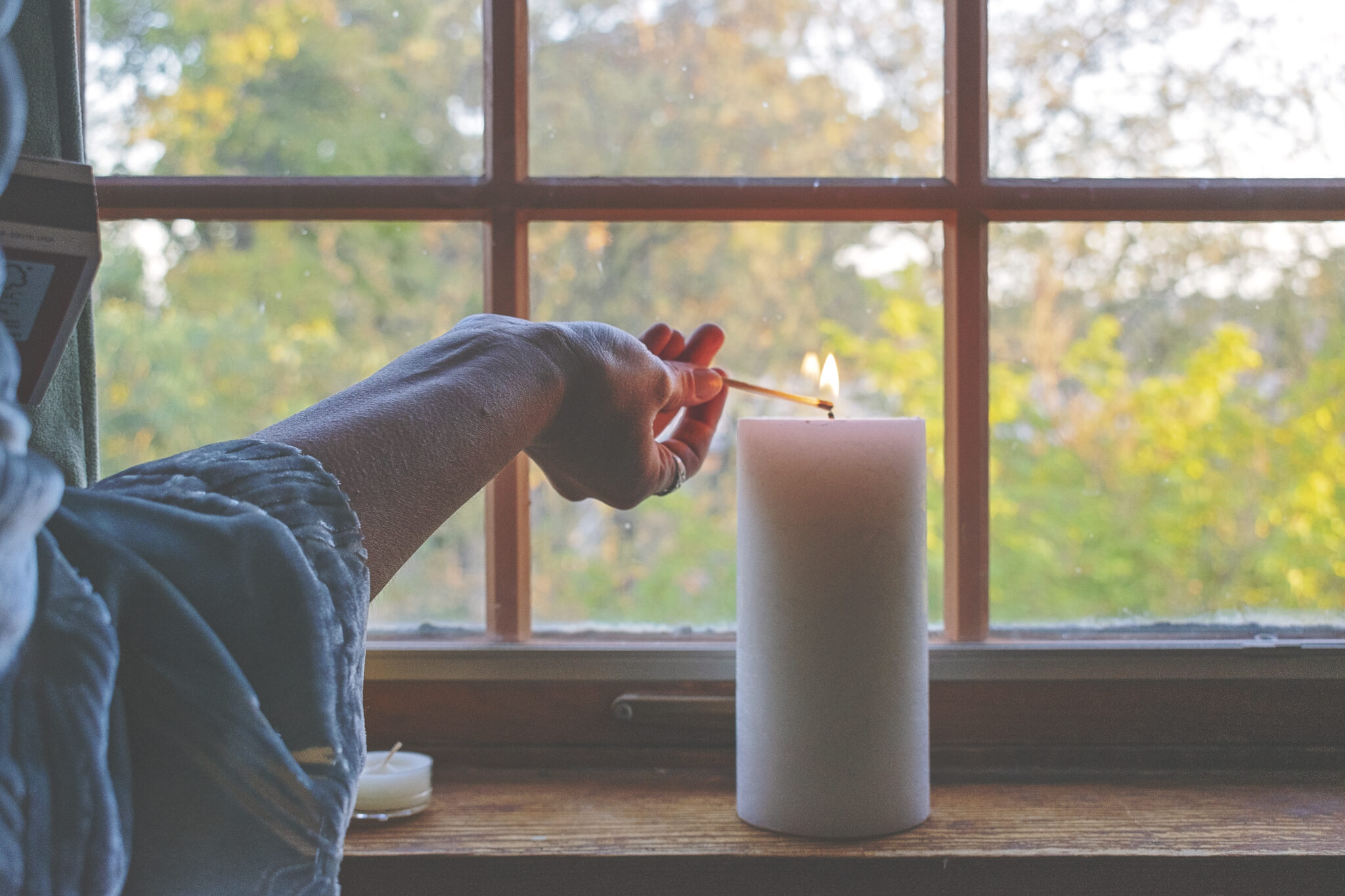 This is also something you can do solo, with your partner, your family, or some close friends! If it’s safe to do so, place a white pillar candle nearby with matches. Get comfy, pour a glass of your favorite summertime beverage, and put your feet up.

Although I know it’s tempting to take some pics of the solstice sunset, I recommend putting your phone away or at least on silent for this experience as the solstice is about being really present with yourself, your source of joy, and your emotions.

Take a few deep breaths and drop into your body. We spend much of our lives in our heads but our bodies hold a lot of wisdom when we take time to listen. Let your shoulders drop down and close your eyes for a few breaths, releasing the day. You’ve worked hard and now it’s time to celebrate and reap the rewards.

Sip your drink and practice a little self-care while the sun sinks lower with the honey hand mask, a foot soak, or conversation with friends.

About ten minutes before the exact sunset, light your candle if using one. Hold your hands on either side of the candle and take a few deep breaths. Feel the warmth of the sun’s rays and of the candle flame. Begin to imagine that the sun’s rays are pouring down into the candle itself, the sun and the flame merging and becoming one.

Their warmth begins to glow together, forming a golden orb of light that grows and grows until it surrounds you. It might even grow to surround your family, your home, or even the whole world.

Sit in this peaceful, golden atmosphere and watch the sun slowly sink below the horizon, painting the sky in all the colors of the cosmos.

When you feel complete, extinguish the candle, which is now charged with the peaceful, restorative, and joyful energy of this day. You can light it anytime you need a boost of good solstice vibes! 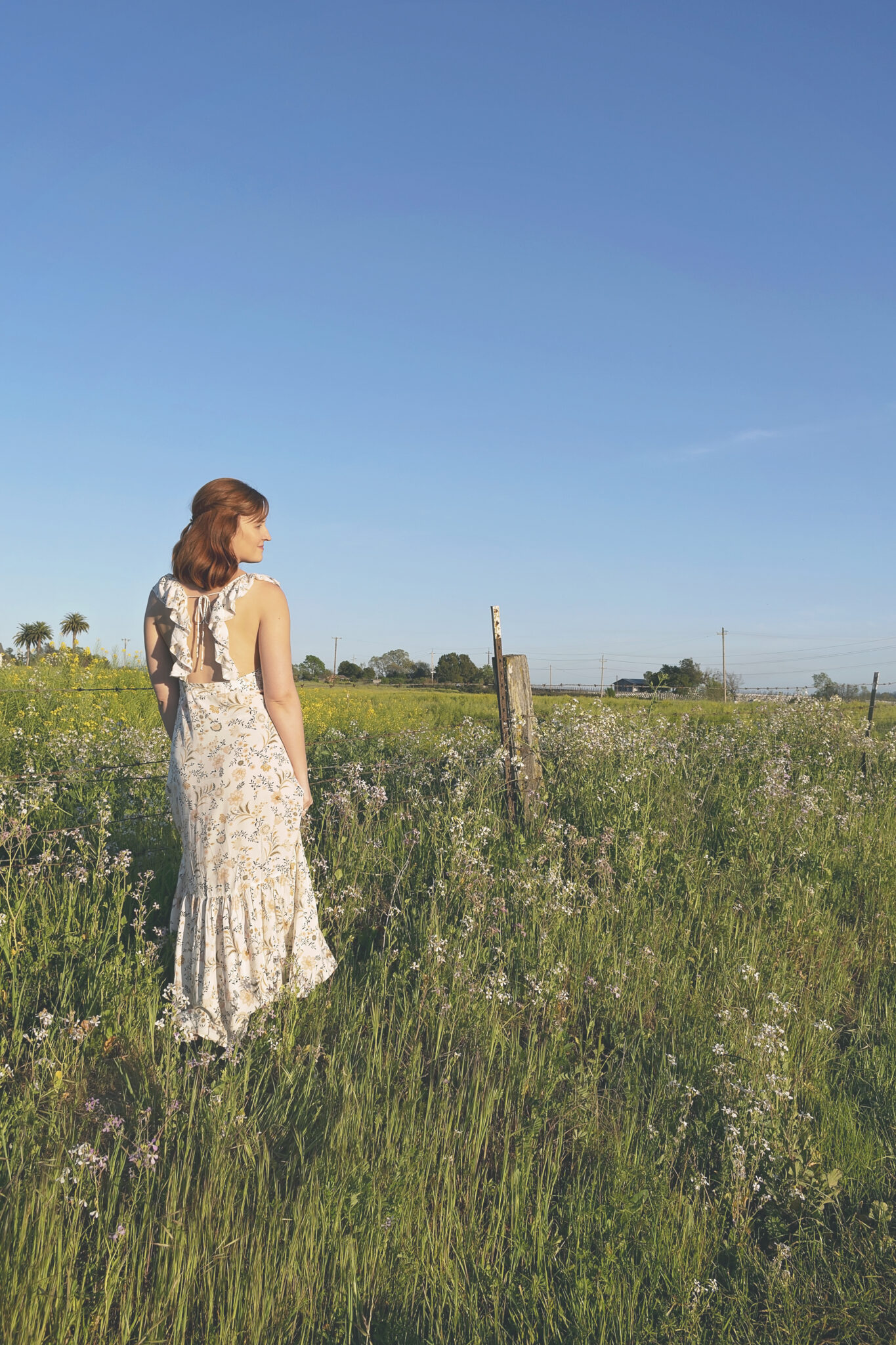 The nature of midsummer traditions and solstice celebration ideas is to find ways to relax. Something as simple as grounding (a spiritual practice to help connect to Earth’s natural healing energy) can be considered a way to celebrate litha (aka the first day of summer).

Let us know how you’re celebrating in comments!

Tenae Stewart is a practicing cottage witch, an astrologer, a spiritual coach, and a published author. She is on a mission to embody simplicity in magick, ritual, and self-care. Her work empowers modern witches to create rituals that fit effortlessly into their real, daily lives so they can have the magickal experiences they desire and deserve - all day, every day. Tenae's book, "The Modern Witch's Guide to Magickal Self-Care", was released in fall 2020 and was listed as a #1 new release in Astrology on Amazon. Her second book, "The Modern Witch's Guide to Natural Magick", will be released in spring 2022.