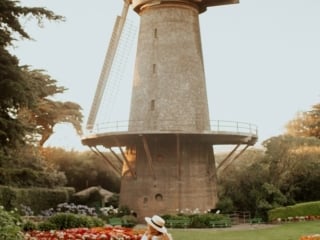 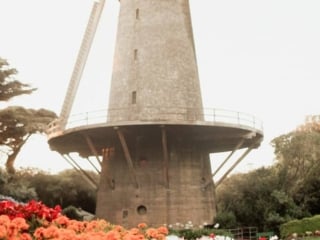 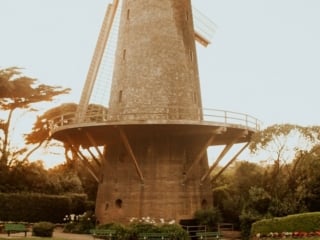 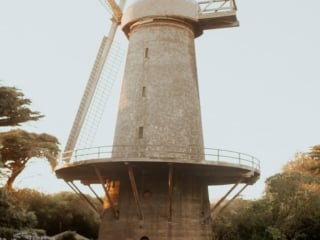 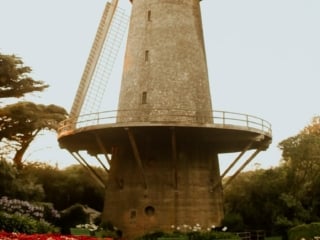 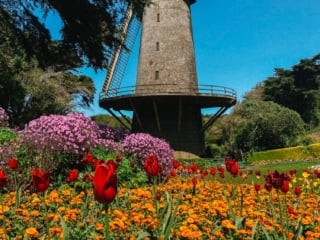 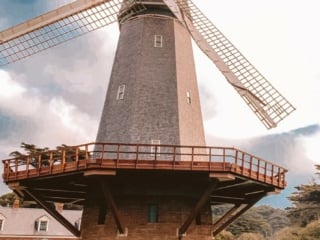 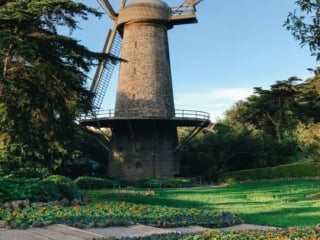 The first time I stumbled upon the Dutch Windmills must have been in the fall or wintertime because I remember getting giddy about the historical windmills, but I don’t remember swooning over flowers. This was on the cusp of Instagram’s golden years, so I hadn’t yet seen photos of the tulip garden in full bloom yet.

Coming across the Queen Wilhelmina Tulip Garden during April a year later was totally by accident. I think I had planned to go to Ocean Beach and was looking for street parking, which always is plentiful in the park. I turned the corner and BOOM – shocked to see a rainbow of flowers.

This garden is now one of my favorite places in the city and really makes San Francisco feel extra special to me. San Francisco has such skill at looking like other cities around the world, and this corner of the park is no different.

When Are The Tulips In Bloom At The Windmills In Golden Gate Park?

This is California – flowers always seem to be in bloom year-round, but the massive tulip bloom season is around April each year. You can still see flowers in bloom around the base of both the windmills even in December, but the colorful show is best during the Springtime.

If you’re coming for photos, I recommend arriving at sunrise or sunset golden hour for soft diffused light. Sunrise will mean no crowds to compete with, but the evening is kinda magical because after you view the tulips, you can walk across the street to the ocean to catch the sunset. I like to just sit on the sand, but you can grab beers or dinner at the Beach Chalet, too. 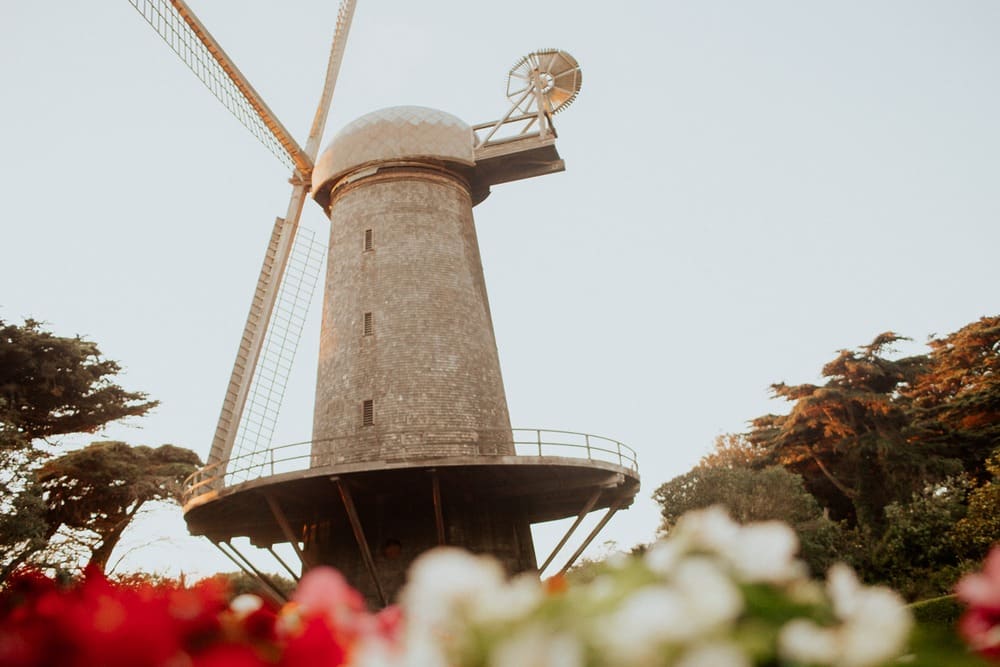 Which Windmills Has Tulip Gardens?

There are two Golden Gate Park Windmills — The Murphy Windmill and the Dutch Windmill. They’re at the west end of the park and straddle the North and Southside. They sort of anchor the entrance to the park and are tall enough that you can spot the sails peaking out from the trees from afar.

The Dutch Windmill is the North Windmill and this is where the Queen Wilhelmina Tulip Garden is planted!! This is the best windmill, in my opinion, strictly because of the flowers. (I’m a flower addict!!)

Murphy is the South Windmill and while it has some flower beds below it, it doesn’t have a massive tulip garden. It’s still awesome to see, though, since the historical Millwright Cottage is there. This cottage was built so someone could live onsight the windmills to care for them, as well as any park animals.

Read Next: 15+ enchanting flower fields in California to visit

Why Are There Windmills In Golden Gate Park?

Pretty random, huh? There’s a lot of random things in Golden Gate Park (like the bison – yes there are bison here!) but the Golden Gate Park Dutch Windmill history is actually not random at all.

See, Golden Gate Park is built on sand dunes. That’s right — pretty much everything past Dividero Street used to be dunes. Around the 1880’s when the city decided to expand West and build a park, there was the massive problem of bringing in enough water to even start construction.

So, the windmills were made and finished around 1902. These babies pumped water 1.5 million gallons of water in to Golden Gate Park daily for years. Eventually, the task of building the park was finished and the windmills sort of fell into disarray. Apparently for a good chunk of time around the 1960’s they were completely abandoned and it wasn’t uncommon for local children to run around the inside of the windmills playing hide and seek.

Eventually, they were given a bit of modern love and had gardens planted around them, but they both still need major restoration and aren’t currently safe for the public to climb. But that’s ok. I’m happy to soak in all the magic of the tulip garden each spring from the gardens and street.

Got questions about the Dutch Windmills tulip gardens? Drop a comment below or DM me on Instagram @thewhimsysoul and I’ll be happy to help!